Light and deep, smart and funny, crushing and hopeful all at the same time, My Fate According to the Butterfly will open your eyes to both the world’s potential for magic, and to its harsh realities.

Available as Paperback on 2 February 2021 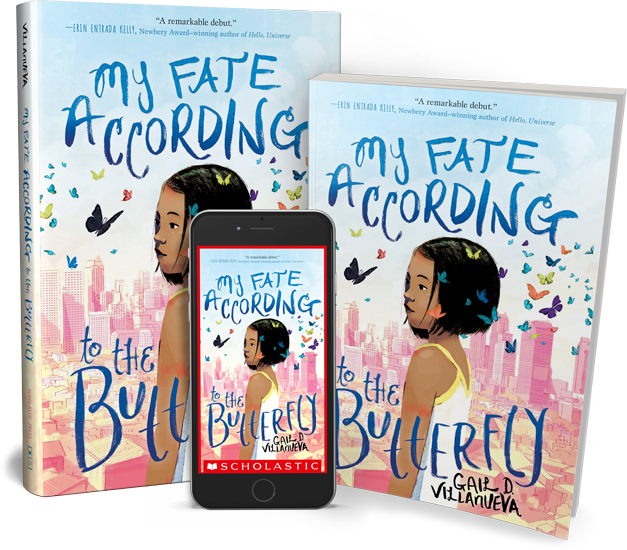 When superstitious Sab sees a giant black butterfly, an omen of death, she knows that she’s doomed!

According to legend, she has one week before her fate catches up with her–on her 11th birthday. With her time running out, all she wants is to celebrate her birthday with her entire family. But her sister, Ate Nadine, stopped speaking to their father one year ago, and Sab doesn’t even know why.

If Sab’s going to get Ate Nadine and their father to reconcile, she’ll have to overcome her fears–of her sister’s anger, of leaving the bubble of her sheltered community, of her upcoming doom–and figure out the cause of their rift.

So Sab and her best friend Pepper start spying on Ate Nadine and digging into their family’s past to determine why, exactly, Ate Nadine won’t speak to their father. But Sab’s adventures across Manila reveal truths about her family more difficult than she ever anticipated, and get her into real trouble.

Was the Butterfly right? Perhaps Sab is in danger after all!

For Philippine-based readers, My Fate According to the Butterfly is available for purchase at National Bookstore and Fully Booked. For inquiries:

— Fully Booked Book Reservation and Product Inquiries: greatreads@fullybookedonline.com, or visit ANY of their physical stores

Praise for My Fate According to the Butterfly

"Funny and warm and bursting with love... a remarkable book that will resonate with young readers everywhere. I can’t wait for you to meet Sab."

"At once rich in the vibrant culture of the Philippines and universal in its focus on family and forgiveness, My Fate According to the Butterfly is a soaring tale of hope that will be sure to touch the hearts of all young readers."

"Superstition, family, and friendship are the hallmarks of this remarkable debut. I adore Sab – and readers will, too."

"Gail Villanueva’s debut novel captures all the richness of the Philippines, the heart-pounding thrills of a great mystery, and the warmth and wonder of growing up. This is a simply wonderful story that’s filled with magic, intrigue, family secrets, and hope."

— Kate Messner, author of The Seventh Wish and Breakout

"Villanueva’s debut is a beautiful #ownvoices middle-grade novel. Tough topics—the brutal war on drugs in the Philippines, family reconciliation, and recovery—are addressed, but warmth and humor, often in the vehicle of Sab's pet duck, bring lightness to Sab's story... This immersive novel bursts with life."

"Debut author Villanueva deftly incorporates a touch of the magical alongside vibrant details about contemporary Filipino life (jeepneys, cheese-flavored ice cream) and a universal story about growing up, reconciliation, and family."

"Set in the Philippines, the story is rich with cultural details, both quotidian (Sab’s love of cheese ice cream) and political (her experience of colorism in contrast to that of her white friend)."

— The Bulletin of the Center for Children's Books

"A gentle title that skillfully addresses difficult issues of drug addiction and family tension from the perspective of a young girl."

"Set in the Philippines, this story of sisterhood, friendship, addiction, recovery, and reconciliation will resonate with middle grade readers... This novel would pair well with Sandra Cisneros’ short story Eleven" 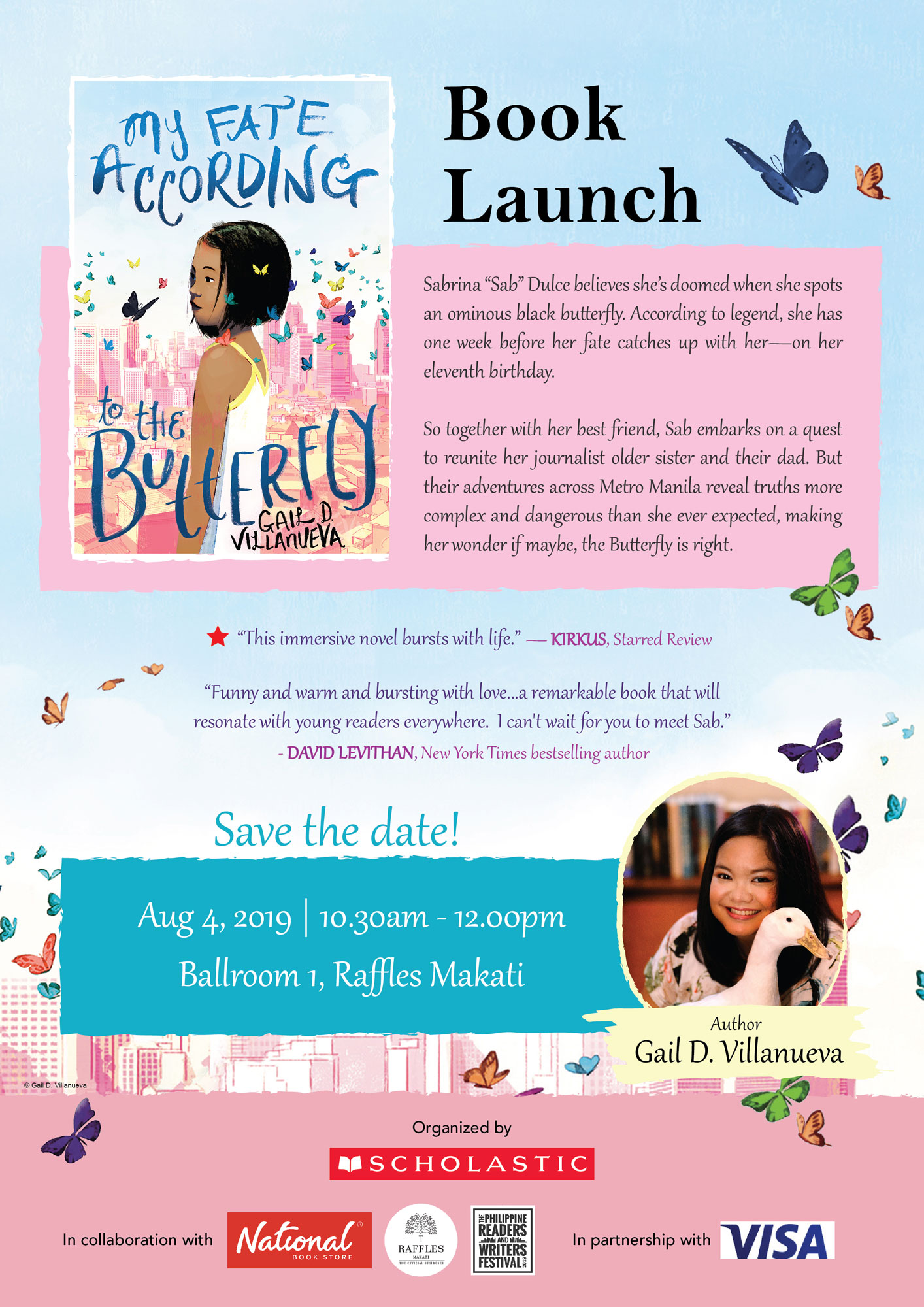 Thank you for making the book launch of My Fate According to the Butterfly successful! It was held on 2019 August 4, 10:30AM to 12:00PM (Manila Time) at the 2019 Philippine Readers and Writers Festival in Raffles Makati, Makati City, Philippines. Check out the launch photos here! 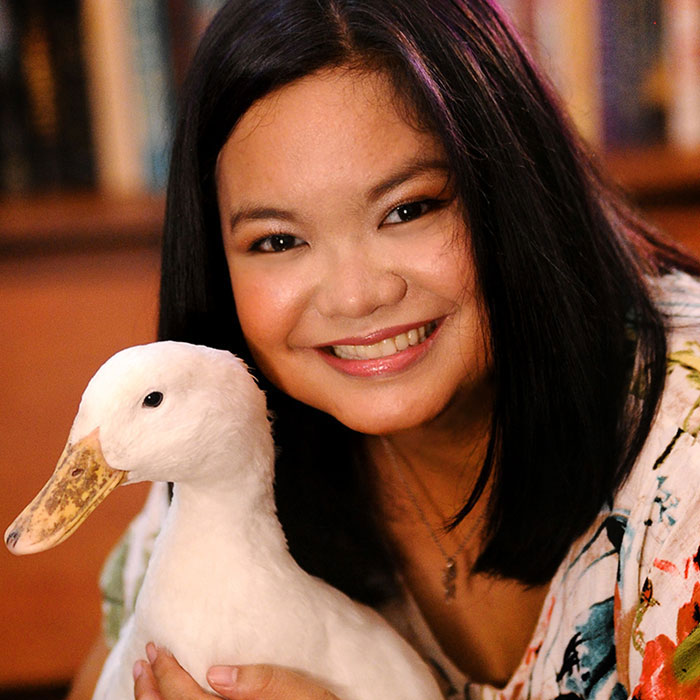 Gail D. Villanueva is a Filipino author born and based in the Philippines. My Fate According to the Butterfly, her debut novel, was a 2019 Kirkus Best Book of the Year and an NCSS-CBC Notable Social Studies Trade Book for Young People. She’s also a web designer, an entrepreneur, and a graphic artist. She loves pineapple pizza, seafood, and chocolate, but not in a single dish together (ewww). Gail and her husband live in the outskirts of Manila with their dogs, ducks, turtles, cats, and one friendly but lonesome chicken.

US-based Inquiries: If you’re based in the US, kindly send your inquiries to tradepublicity@scholastic.com.

Asia-based Inquiries: If you’re based in Asia, please use Gail’s Contact page.

If you'd like to send Gail stuff via postal service, you can mail it to this address: